The medicinal, spicy herb Hyssopus officinalis has long been used to cleanse the body and was known as the “cure for all diseases” and considered as sacred by Greeks and Jews. Its outpost binds to the Caucasus, northwestern Iran and southern Europe. In Iran, Turkey, Pakistan, Finland, Romania, Hungary, Albania and of course Bulgaria, it is grown to produce essential oil.
For medicinal purposes, the leaves and flowers are used, as well as the whole plant. Hyssop grows both in wild and in gardens. It blooms through October in classy blossoms of blue but also pink and white. From this amazing plant we get a high-quality essential oil that blends perfectly with the essential oils of Lavender, Sage, Rosemary and Camphor/Lavandin. Due to the content of thymol, it is also used as an antiseptic, or as an ingredient in toothpaste. To obtain the highest quality of Hyssop essential oil, it is important to first harvest it in mid-August and for second time in the first half of October.

Hyssopus officinalis has long been known to cleanse the lungs of all impurities. Traditional medicine supporters in England find it extremely effective against coughs and chest problems accompanied by a feeling of pressure. However, they advise that it should not be taken immediately but when the inflammation subsides, that is, when the temperature drops and the mucous matures. 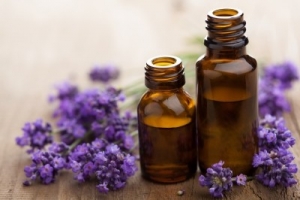 Hyssop oil is most effective in inflammation and respiratory problems such as bronchitis, asthma, pneumonia and is an indispensable herb for gastric and intestinal disorders.
Some studies have shown that this herb has a strong antiviral effect, so laboratory tests for HIV are still being conducted as it has been shown to suppress the reproduction of this virus. It is important to emphasize that the tests have shown that there is no adverse effect on healthy cells but only on the diseased ones with the HIV virus.
The study of the medicinal properties of this plant is still ongoing because the first laboratory tests have shown a positive effect on a very wide range of disorders and diseases in our body.
In addition to this antiviral effect, it is also used again bacterial and fungal infections.
For skin changes, this oil successfully eliminates all types of such issues – psoriasis, eczema, inflammation, various types of seborrheic (itching) changes. Freshly brewed tea from this plant is perfect on this matter. At the same time, with this tea, we can treat healthy skin to preserve its elasticity.
Hyssop oil is also used in the form of a tincture, which has the same effect as tea.

It’s very often used in culinary as a spicy herb because it gives a special taste to dishes and facilitates the digestion of food. The oil is also used in the cosmetic industry as it is part of many creams for face and body care.

Thanks to its remarkable healing properties this herb has become a real challenge for scientists around the world. Japanese researchers have confirmed that its extract works against hyperglycemia and diabetes but also against various candida fungi and certain bacteria.

Do you want to try it out? Just let us know. 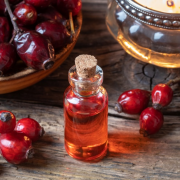 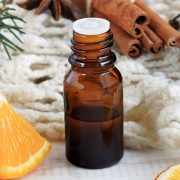 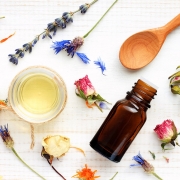 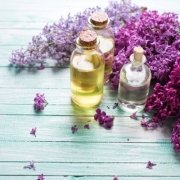 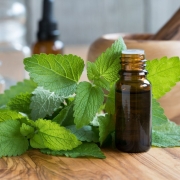 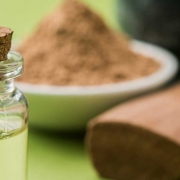 Helichrysum (Immortelle) Oil – Regenerates the Skin and Rejuvenates the...

Melissa – The Oil of Illumination
Scroll to top