The name “Bulgarian Rose” assumes a specific type of this flower – Rosa Damascena, also known as the Damascus rose and the Castile rose. This species is a hybrid – derived from Gaelic and Muscat rose. It grows as a deciduous shrub of irregular shape, with a maximum height of 2.2m. The stem is covered with firm thorns and hairs and the leaves of the rose are feathered with 5-7 leaves. The color of the flowers ranges from light pink, over medium pink to light red.

Rosa Damascena, as you might guess from its name, originates from the city of Damascus in Syria (also known as damask textile), from where it was transmitted to Europe. In the Middle East you can no longer find this rose in the wild, it is now an exclusively grown plant. In Bulgaria, it mostly grows in the region called the Valley of the Roses, where the most exclusive and beautiful oil is made from this beautiful plant.

The Valley of the Roses is an area in central Bulgaria, beneath the Balkan Mountains. Due to its climatic characteristics, this territory was ideal for establishing a damascene rose plantation and it has been cultivated here for centuries. Studies have shown that there are as many as 280 different factors – from climate specificity to soil characteristics, which give the aroma of the rose a long-lasting and specificity.

What are the natural conditions that make this valley ideal for growing roses? Being surrounded by mountains gives it protection against adverse winds, and its extensive network of rivers and streams supplies it with water. All these conditions have a favorable effect on the growth of the rose, as well as other types of flowers used in the perfume industry.

Heavy rainfall during May and June is a key advantage of this territory when it comes to growing damascene roses – average rainfall is 10mm per square meter. Winters are generally mild. The soil in this area contains sand and gravel, and alluvial types and subtypes of soil formed by the deposition of river-bearing materials are present. 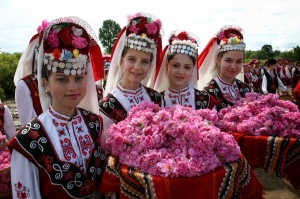 The center of this region is Kazanlak – a popular tourist destination. Turning to the agribusiness with roses has affected the lives of the locals so much that even a museum dedicated to this world has opened in this city. Every year, at the end of May or beginning of June, the beginning of the rose picking at the Rose Festival begins. The festivities last for several days and begin with a picking ceremony and include a parade through the city with traditional costumes. This event attracts a large number of tourists. 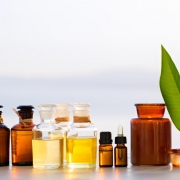 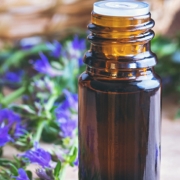 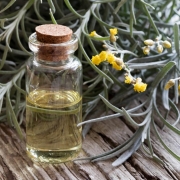 Helichrysum (Immortelle) Oil - Regenerates the Skin and Rejuvenates the Spirit 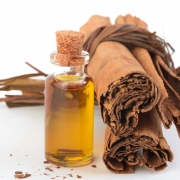 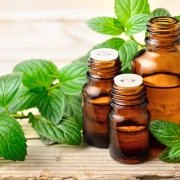