Modern scientific research confirms that cinnamon, “a spice more valuable than gold”, has a positive effect on many diseases.

Cinnamon essential oil is yellow in color, with a characteristic scent, according to the fragrance note, it belongs to the “spice” group, and according to the evaporation rate, it is in the lower group of essential oils (the essential oils of the lower evaporation rate relax, intoxicate, act as aphrodisiac). It is used for inhalation in case of colds, flu and sore throat because it is a strong antiseptic. Cinnamon oil has a specific pleasant, sweet smell. It blends well with citrus essential oils (especially lemon and orange oils), geranium, lavender and rosemary. It is used by steam generating with aromatherapy lamps, inhaled, in saunas, added to bathwater (mix the oil with a little milk before bathing).

Cinnamon oil has strong antibacterial and antifungal properties. It contains high levels of antioxidants thus it is a very good source of magnesium, fiber, iron and calcium. The oil can be used to help with many diseases, such as arthritis, high cholesterol, blood pressure, type 2 diabetes, diarrhea, to boost energy and improve cognitive function, toothache, bad breath, headache.

This essential oil can also be used for linings or massage oils. In the case of direct application of cinnamon oil to the skin, due to its strong concentration, it can cause irritation!

Cinnamon essential oil is highly valued in aromatherapy. It is used in the fight against exhaustion, depression and weakness as well as flu and cold prevention. It has a strong antiseptic, antibacterial and antifungal activity. A few drops of the oil added to the bath or massage oil relieves the symptoms of infections, flu and nausea. It is used to disinfect surfaces. It removes odors from rooms and removes insects such as ants, spiders, flies and mosquitoes. Added to the foot bath helps with foot fungus. It improves mood and relieves symptoms of depression.

The essential oil of cinnamon is applied in many ways: by application to the skin, by direct inhalation, by spray and in baths. An easy way to inhale oil leads to almost instant results. Oil evaporation will open your sinuses, unclog your nostrils and encourage deep breathing. It also works against cellulite: mix with base oil or butter and apply to problem areas, rub into the skin, then wrap the treated surface in foil or a warm towel.

It is used for inhalation in case of colds, flu, sore throat because it is a strong antiseptic. You can inhale with oil: from a water container, from a pillow or cotton wool, or directly from an oil bottle.

It can also be used as a natural disinfectant because it has an antibacterial effect. Dissolved in water it can be used to disinfect surfaces in the kitchen and bathroom. It is also used in this way to eliminate odors. Cinnamon dissolved in water will also distract unpleasant insects such as ants, spiders, flies and mosquitoes. It can clean the toilet, fridge, door handles, microwave, etc.

It is also used for mouthwash. Pour one or two drops into a glass of water, gargle several times and spit out. Do not swallow.

The smell of cinnamon repels ants, mosquitoes, cockroaches, flies. Spray a few drops of oil around the house and this will repel these insects.

Used in acute bronchitis and colds, sneezing or as prevention of depression and weakness.

In baths or massage oils

Cinnamon oil can be used by adding it to the bath or dissolved in a base oil, to relieve symptoms of bronchitis, diarrhea, infection, flu, rheumatism or arthritis. Because it is a strong antiseptic, it can be used in infections in this way. It also reduces cramps, nausea and vomiting. In such applications, care should be taken not to overdo the volume, as too much concentration can lead to irritation. Footbath: 1-2% of cinnamon essential oil solution in a foot bath is an excellent remedy for fungus removal on feet.

No matter how you decide to use this amazing gold oil, you will benefit your mind and body. 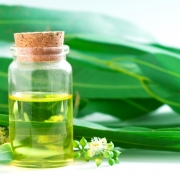 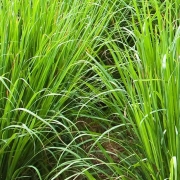 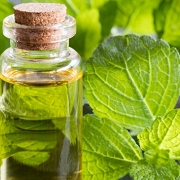 Melissa - The Oil of Illumination 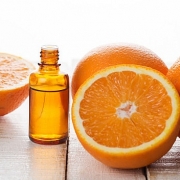 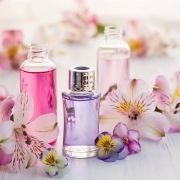 What are Hydrolates (Hydrosols) and how to use them?

Rosa Damascena – flower from the East that conquered Europe